With more than 31 branches in Kenya, we have the capability to serve our corporate clients efficiently with primary concern being placed on service rendered to their clients.

To complete the evaluation process, you will need to present the following documents depending on the purpose of evaluation:- (For Insurance Purposes)

What is a Bond? A bond is a temporary reprieve that one gets from the court pending hearing of a case.

A valuation for Court Bond is a valuation conducted for the purpose of presenting it in a court of law so that a bond may be granted.

How does a valuation, property/asset and court of law combine to form a valuation for Court Bond? If someone is arrested for committing an alleged crime, they are first taken to court where a date for hearing is set. Before the hearing date arrives a person will be put in remand.

A remand is therefore a lock-up center where people are kept pending the date of hearing as set by the court. There is a provision in law whereby one can be released on bail, pending hearing , in exchange of a refundable amount of money paid in court guaranteeing ones appearance for the hearing is called the bail and therefore we say someone was granted a bond.

Due to the economic conditions and standards of living, a majority of Kenyans cannot afford to pay the substantial sum which is required for one to be  released on bail. To solve this problem, the law provides a solution by allowing a bond in the form real property/assets which must have money value. This means that the property can easily be liquefied through sale to a willing buyer or the highest bidder.

A valuation for court bond is thus a valuation whose purpose is to determine the value of ones asset, which they intend to use in a court of law for bond purposes. 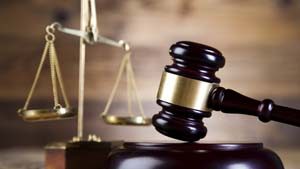 For the valuation to be done the following documents are required

– Payment as per our charges that is paid direct to us.

A valuation whereby the owners asset i.e. is used as a guarantor by the bank or any other lending institution i.e. micro finance in order for the client to secure a loan that is almost equivalent to the market value of the car.

This is a personal decision  to have  valuation experts value your car  to determine the actual market value of your vehicle taking into consideration all the prevailing circumstances.

At the end of an insurance policy, the  policy holder is expected to renew his or her vehicle cover for the next insurance period, the vehicle has to be brought for valuation to determine its current market value, this value is then used by the insurance company to calculate premiums

This is a valuation report produced after a vehicle has been involved in an accident, giving an insight on nature of damage, parts damaged and estimate values of damaged parts.